You are here: Home / Legal / Must Direct Selling Companies Treat All Reps The Same? 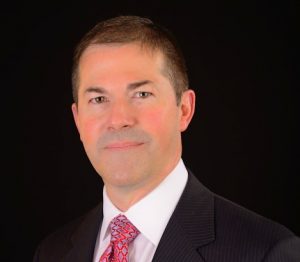 The short answer is a very precise, lawyer-like “Yes and No”.  The long answer depends upon the context of the question.

If the question is about compensation plan issues, ranks, and the rights and privileges associated with each rank, the answer is “No”.

However, if the question relates to distributor compliance issues, the answer is – well . . . let me re-phrase the question.  To be more technically precise, the real question is

Because contract law requires them to do so.

Under all states’ common law, there is a covenant implied or imputed into every contract.  A “covenant” is another word for an agreement or a contract, but it can also mean a clause in an agreement or contract.

The most common violations of a direct selling company’s Policies and Procedures are illegal income claims and illegal product claims.

Did you know that all income claims are illegal and violate state and federal law unless they are accompanied by at the same time with a proper and legal Income Disclosure Statement (IDS)?

Not One And Done

For an IDS to be proper and legal, it must be updated annually by the direct selling company.

Let’s assume that a direct selling company has two distributors who have each engaged in five instances of making improper income claims.  That is to say, each distributor has made income testimonials about his or her earnings and failed to provide each prospect with the company’s Income Disclosure Statement (“IDS”).

We will further assume that the company’s contractual documents prohibit income testimonials without providing the IDS (as they should).  Both distributors have approximately the same amount of direct selling experience, and neither has ever committed any violations of the Distributor Agreement or Policies and Procedures.

With respect to Distributor A, the company issues her a warning letter.

Was it OK for the company to treat these distributors the way it did?  Probably not.

Given the facts surrounding both distributors (number of times they each made improper income testimonials and failed to provide an IDS, their direct selling experience, their lack of any prior compliance issues, etc.) the company should have treated them similarly.  By giving Distributor A a warning letter and terminating Distributor B, the company has opened itself up to a breach of contract claim (and lawsuit) by Distributor B.  The basis for his claim is that the company breached the Distributor Agreement by violating the covenant of good faith and fair dealing and wrongfully terminating him.

Let’s assume that Distributor A has made improper product claims that the company’s dietary supplements cured her arthritis to five prospects, has a total of six months of direct selling experience, is a low-rank distributor, and has never had any compliance issues.

Distributor B also made the same arthritis-curing claims to five prospects, but has 20 years of direct selling experience, is one of the highest-ranking distributors in the company, and has had two prior instances of making improper product claims for which he received disciplinary sanctions.

Was the company required to treat these two distributors similarly?  Of course not.

Distributor B not only should have known better, but he actually did know better since he already had two prior instances of making improper product claims for which he received disciplinary sanctions.  He made the claims with complete knowledge that doing so would violate federal and state law, as well as his Distributor Agreement.  This was his third episode of improper product claims, which is a very serious violation of any company’s Distributor Agreement.

Direct selling companies are not required to treat all distributors identically.  However, they are required by the covenant of good faith and fair dealing to treat similarly situated distributors similarly.

Kevin Grimes is a member of Thompson Burton, the premier direct selling/Direct Selling law firm in the United States.  He has worked with and represented hundreds of direct selling and network marketing companies for over 24 years.   If you would like to talk with Kevin about this topic or any other direct selling legal concern, he can be reached at kgrimes@thompsonburton.com or at (208) 524-1008.