You are here: Home / All Videos / Why You Should Never Put Yourself Into Your Company’s Genealogy 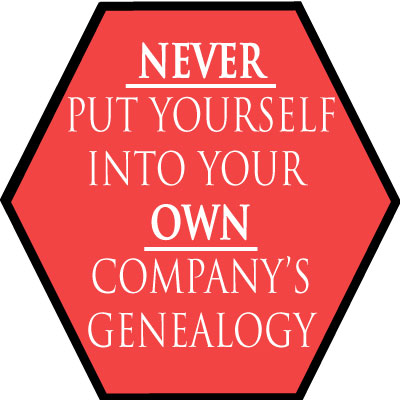 Most of the articles I have written over the years while working with network marketing and party plan direct selling companies haven’t been controversial.  This is NOT one of them.

Several times each year, we learn that a client of ours or a prospective client is planning to (or already has) inserted the owners at the top of their genealogy.

Usually, they were previously independent representatives of other companies, so they are used to being in the genealogy.  It feels natural and right to be in their own genealogy.  It might even feel exciting to “double-dip” by earning money as a representative in their own sales force while being compensated as an owner with the company’s profits.

Watch the video below to learn more about why you should never put yourself into your own company’s genealogy.

Should Your Company Have A Master Distributor?

A master distributor is a person you put at the top of your genealogy, the one in whose downline every other independent representative will be placed.  Master distributors are optional.

Should your company have a master distributor?  I think now is a good time to explain the pros and cons of such an arrangement. Then, you can decide what’s best for your company.

The growth of all direct selling companies depends on recruiting new independent representatives.

In the beginning, most owners of new and young companies do the initial recruiting themselves and they continue to recruit until the number of new recruits enrolled by their independent representatives each month consistently exceeds a target, or until the company’s monthly sales are high enough to conclude the company can stop enrolling representatives.

There is another option, the master distributor option.

Some companies search for a top recruiter with years of experience, one who has previously built a large downline in one or more companies, who is looking for an opportunity to build again, but this time with a special arrangement.  The arrangement includes the privilege of sitting at the top of your company’s genealogy.  In this position, all new representatives will be placed in his or her downline.  This means that the master distributor will earn compensation upon the sales volume of all of your independent representatives for many years.

The person at the top of the genealogy is announced and promoted as the company’s master distributor.  While he or she is an independent representative, the master distributor has a special inside relationship with the home office.

The perception in the field is that if the master distributor believes something the company is doing is good, then it is good for every other independent representative.

Do you want to have a second president?

Several times each year I am asked how many independent representatives should be the front line to a direct selling company.  In other words, how many legs should a company have?

My answer is as many as possible, but I recommend a minimum of 20.  The purpose is to strategically prevent anyone independent representative from having too large a percentage of a company’s reps in his or her downline.

Why does this matter?  Some independent representatives whose downlines include a large percentage of the company’s reps realize they have a lot of power which can make company owners nervous, fearful, and concerned.

What Not To Do

If you choose to have a master distributor, make sure he or she is not the owner of your company.  As I explained in the video above, placing owners or employees into your genealogy is always a bad idea.

Every action we take in business has an associated risk.  Placing someone into the position of master distributor for your company is no exception.

If you have known your master distributor for many years, the risk is lower than if the relationship is brand new.

Do You Know About The Direct Selling Edge?

Attendees from the USA and other countries have traveled to attend the two-day school for new and established network marketing and party plan companies.

In October 2020, this conference was held in a live webinar format with recordings available afterward.

If you are starting a direct selling company, or if you would like your established company to grow faster, come to learn what you don’t know.   Register today to attend the Direct Selling Edge Conference webinar.

In addition to education, you will have an opportunity to personally meet with speakers at consulting appointments at the end of each day. When you attend, you can receive up to four hours of consultation from industry experts at no additional charge.

What Do People Say About Direct Selling Edge?

They say a lot of good things.  Here are just four of them:

“In all honesty, this conference was the best and most informative conference I have ever attended.” – Mike K.

“Jay and the group of presenters were excellent teachers, so knowledgeable in their respective areas. We were blown away with the
content and would highly recommend this to anyone starting or growing a direct selling business.” – A. Ward

“I came to this conference two years later than I should have. Had I come two years earlier, I would have saved over $100,000 and
two years. –  Thomas B.

“I went to another conference last spring. I learned more in the first two hours of this conference than I learned in two days with the
other one. The content shared was detailed and specific. I now know how to proceed with our company.” – Gwen W.

To read what other companies have experienced at these conferences, read our reviews.

What Will Happen When I Return Home?

After you attend the Direct Selling Edge Conference, you will return home with action steps you can take right away to build or grow your business faster.  The topics and content taught are suitable for both startup companies and companies already in business, as wisdom is shared in each presentation.

What Does It Cost?

“If you could learn information to avoid making big mistakes, to make better business decisions, and as a result, your direct selling company will grow faster, would you invest two days of your time to learn this information that will help you for many years?”

If, like me, your answer is “yes”, register today to attend the Direct Selling Edge Conference.

12 hours of education for companies for only $150

"The best startup manual for network marketing and party plans, period! Jay covers all of the pertinent details." "I love the worksheets! You can write everything down. There is so much in here that I hadn’t considered." "This guide is incredibly helpful because it takes me step-by-step through what needs to be done."

"Worth every penny and more. I can’t imagine anyone attending this conference and not coming away with something they hadn’t known before. The concepts and principles were presented in a succinct and passionate way that left listeners feeling empowered to act on the information they were given. Highly recommend! 10/10 in my book!"