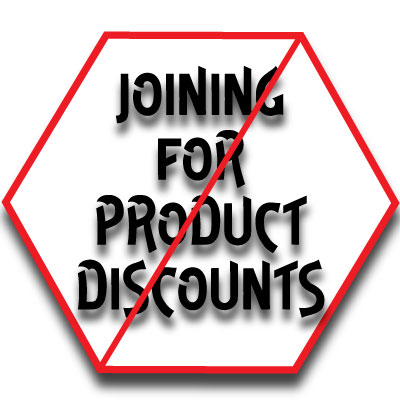 Not so long ago, network marketing companies wanted people to join their companies just for product discounts.

In fact, they set the prices for their starter kits, enrollment fees, and products perfectly so that it was easy to see how it was cheaper to join as a representative and buy products at the rep price than to order as a customer.

As a result, many people joined network marketing companies as representatives. While in the past this was not a problem, today that is no longer true.

In the Omnitrition, Trek Alliance, Equinox, and Burn Lounge cases, courts found problems with the payment of commissions on sales of products to participants in the income opportunity because of a lack of retail customers.

Network marketing companies operate under the jurisdiction of several types of legal authorities, including the Federal Trade Commission (FTC), the Food and Drug Administration, state laws, and the activities of State Attorneys General.

In 2007, Burn Lounge was shut down by a US District Court due to the FTC’s concern that it was operating a pyramid scheme, selling products that were purchased only by its representatives, while publishing deceptive earnings claims.

Whether you have an established network marketing company or yours is an MLM startup, having retail customers is important.

In 2015, the FTC sued Vemma, an Arizona-based network marketing company, because it believed the company was operating a pyramid scheme.    The assets of the company were frozen pending a hearing which occurred a few weeks later.

At the hearing, the judge expressed concerns about Vemma’s lack of customer sales (according to the FTC’s definition of “customer”) and the recruitment/ “buy to qualify” emphasis within Vemma’s culture.   He ruled that Vemma could continue its operations for now, but only with significant changes to its business model.

According to Vemma, it had plenty of customers.  In its defense, Vemma argued that Affiliates who did not buy startup packs or recruit any Affiliates were, in fact, behaving like customers and so they should be permitted to be reclassified as customers.

The Court disagreed.  It did not buy the argument that people enrolled as Affiliates could be reclassified as customers if they weren’t earning compensation through the company’s pay plan.  Instead, the Court viewed these Affiliates as failed Affiliates, imposing strict penalties upon Vemma to ensure Vemma would not create more victims.

The judge instructed Vemma to change its compensation plan so that it included the following restrictions:

These rules were highly unusual for multilevel marketing companies, and they had a significant impact on the enrollment of new Affiliates and the payment of field compensation.  In the first commission run after Vemma’s business operations resumed, upon sales volume of approximately $2 million, only $30,000 in commissions were paid out.  Why so low?  Because almost no one qualified to earn them.

If you would like to know more about it, you can read the details on the current Vemma compensation plan.

In July 2016, the FTC negotiated a settlement with Herbalife that required the company to pay $200 million and fundamentally restructure its business in many ways.  One of the many changes imposed upon Herbalife was that it would provide proof going forward that its products were being sold to real customers (customers who are not distributors).  Another was that distributors cannot earn compensation upon downline sales without a sufficient percentage of downline sales to customers.

While a lack of sufficient customer sales has been one of the reasons network marketing companies have been investigated or shut down,  the Direct Selling Association has been lobbying for years at the state level to pass legislation in several states defining what is a pyramid scheme.  None of these state anti-pyramid statutes includes a specific requirement for sales to customers who are non-participants in the income opportunity.

In the absence of federal legislation that defines what is a pyramid scheme, the FTC with its special and broad powers, however, has taken matters into its own hands by petitioning Courts for injunctions upon companies.  In these cases, a lack of sales to customers who are not independent reps themselves has been one of their concerns, but not the only.  Companies pursued by the FTC always have had other questionable business practices, including Vemma.

If you are thinking the federal definition of a pyramid scheme is muddy at this time, you’d be right.

Representative Marsha Blackburn (R-TN) introduced the Anti-Pyramid Promotional Scheme Act of 2016 (H.R. 5230), a bill referred to the Committee on Energy and Commerce in the U.S. House of Representatives.

Similar to state anti-pyramid statutes, this bill defines the “ultimate user” as a non-participant in the plan or operation, or a participant who purchases reasonable amounts of products, goods, services, or intangible property for personal use and whose purchase is not made solely for purposes of qualifying for increased compensation.  Put in layman’s terms, this bill would prevent FTC actions against companies based on a lack of customer sales.

This bill, like all others, is proposed legislation that has not been approved yet.  We don’t know if and when it may be approved, or if it will be, how similar the final version will be to this first version.

If you would like to know more about what will happen next, here is how a bill becomes law.

What To Do Now

The Vemma penalties do not apply to any other company other than Vemma.  The restructuring of the Herbalife business applies only to Herbalife.  They are not laws applicable to other companies.  However, the FTC and various Courts like to use the most recent cases as precedents, which means in future cases other judges may issue similar rulings.

If you are the owner or executive of a network marketing company, you can either do nothing and hope the FTC doesn’t bother you, or you can take preemptive action to increase the percentage of your sales that are made to non-participants in your compensation plan.

Here are my recommended strategies:

If you’re in need of help with your strategies or compensation plan to motivate and reward customer acquisition, contact me and we’ll talk confidentially about your situation.

Attend a Direct Selling Edge Conference for companies to gain a deeper understanding of the current status of the law.

You’ll begin by tracing decades of fascinating and important history with an MLM attorney. Then learn the intricacies of the September 2015 Vemma and the July 2016 Herbalife FTC actions, and what they mean for all direct selling companies. Also, learn ten specific strategies to keep your MLM or Party Plan company safe from federal and state regulators.

At the Direct Selling Edge Conference, you will also learn more about

and a lot more.